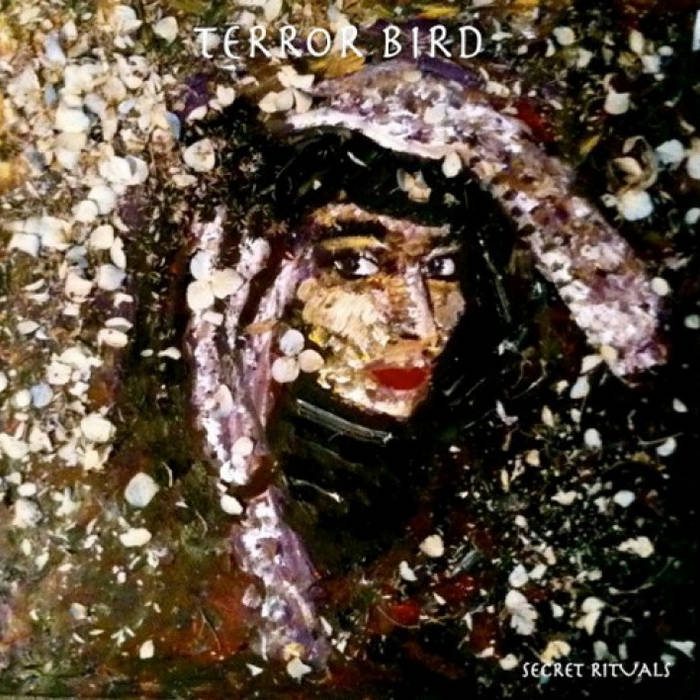 terror bird are a canadian group based on some fascinating contradictions and revolving around the powerful, affecting voice of nikki never. emerging with bedroom-forged cassettes on night people records, never added synth players and drummers as she went on, via releases on la station radar and night school, finally arriving at this point - a harder-hitting synth-goth masterpiece in 'secret rituals.' gone are the reservations and shyness of the straight-to-4 track songs of old and in their place is a forceful, immediate collection of songs that showcase never's precise and emotive voice. tracks like 'thrill killer' are 80s goth pop songs re-imagined for the 21st century underground, insistent and propulsive, 'secret rituals' is a lush, dark gem and tracks like 'if we escape' are heroic, doomed-youth anthems for souls running from an impending doom, overfull but still pumping. the production is clearer than before, the passion intensified. killer lp. /rough trade


Terror Bird’s sophomore record Secret Rituals 9 perfect dark pop songs and if you dig Zola jesus (we know its a lame comparison) - you will love this new album.