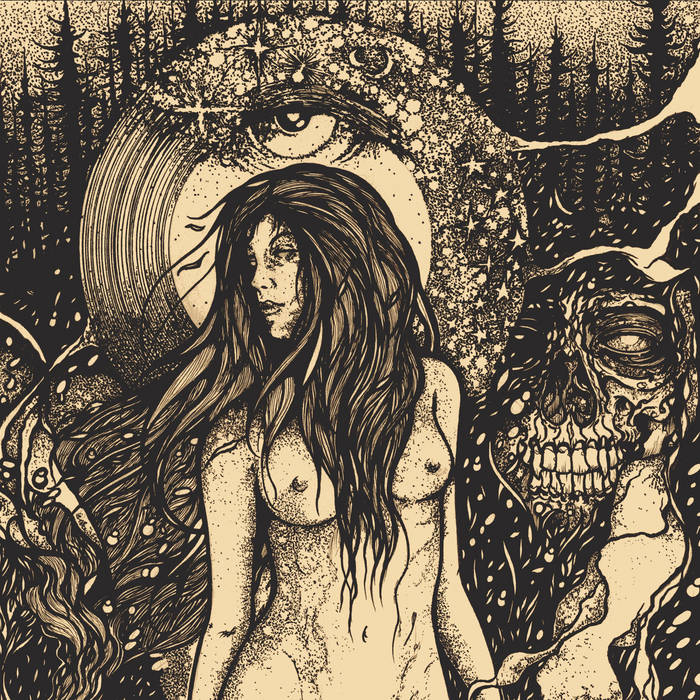 This Doesn't Seem To Have A Character Limit

We are glad to bring this album back - this time w/ a slight different artwork. The pre order version is ltd to 100 copies and pressed on GOLD VINYL. The standard version is on black vinyl. Release date is May 15th

Totem Skin's shivering melodies were created in the deep forests in the outskirts of Borlänge, Sweden; conducted by 6 individuals who poured every drop of passion they could harvest from the bottom of their hearts. The band saw its dawn in the fall/winter of 2012 as a three piece, which produced and recorded two EP’s themselves while adding members as recording went along. The full line-up was completed in March 2013, allowing the band to further expand on their musical horizons.

“Still Waters Run Deep” is the band’s first full length and their first real documentation since the completed formation. Recorded at the Ranch Production House in Southampton, UK and engineered by Lewis Johns (Goodtime Boys, ex-The Long Haul), the soundscape of the album ranges from raw aggression to doomy heaviness and unsettling guitar melodies. The vocals create an honest and desperate atmosphere, with the dual vocalists screaming themes of nature and problems in life. Intense grinding shares space with quiet and reverent moments, but the sonic landscape is always filled with emotion.